The Most Popular Types of Photography

Photographs allow us to relive memories. Over the years, an increasing number of photography styles emerged, but some have stood the test of time because of their popularity. This blog will discuss the most popular types of photography.

Of course, one of the most popular types of photography is wedding, or another event, photography. Some individuals make their living just shooting weddings because couples will pay big money for someone who will catch the highlights of their big day. Now, picture yourself at a concert for your favorite band or artist. For those of us who weren’t lucky enough to see a band or performer live, photography gives us the opportunity to vicariously experience their performance. The only reason we can have this experience is because of the numerous event photographers at concerts.

Photographers often use this type for large prints that people enjoy hanging in their homes. It’s also commonly used for advertorial pieces for travel sites. It works because it’s hugely common for travelers to take a wide landscape shot of views such as city skylines, mountain ranges, beaches, and other picturesque landscapes. In addition, travel bloggers have become increasingly popular in recent years to document their experiences in amazing parts of the world.

This is one of those styles that requires a little more gear than the other styles. For example, this one not only needs a camera, of course, but it also needs a tripod and a high-quality lens. Anytime you see fascinating photos of the Milky Way with all the vivid colors and stars, it’s usually shot with long exposure. These shots typically have a set up that includes a high-end camera with the appropriate settings dialed in and a tripod.

Have you ever wondered what a bumble bee looks like? Macro photography is the way to find that out. These photographs make small objects look larger than ever. This style of photography is most commonly used to capture photos of insects and smaller objects, but many also use it for some nature shots. For example, a common macro photograph to take is of a flower, or the water on grass or leaves after it rains. This up-close photography allows you to see the texture of the photographer’s subject.

This is likely the oldest type of photography in this list. We’ve all seen photographs from the 1800s that look quite eerie, but they take us back in time. For example, you’ll find many famous portrait photographs of people such as Abraham Lincoln, Albert Einstein, Winston Churchill, Gandhi, and other influential people. We would never have seen their faces without this type of photography. In other words, portrait photography not only acts as a way to remember history, but it helps tell someone’s story. It gives us the opportunity to capture someone’s visage in time and have some sense of what that person was like.

While similar to landscape and travel photography, wildlife and nature photographers only focus on the nature and animals in their shots. These photographers can be a little crazy in the sense that they may get a little too close to dangerous animals, such as lions, tigers, and bears. Even with the danger, we’re grateful that they’ll get as close as they do because it gives us a taste of that part of the world. In addition, some of these photographers will even go underwater and get pictures of beautiful fish that we would otherwise never have the ability to see. Of course, there are some crazy ones in this bunch as well; some get in a cage to capture photos of sharks, stingrays, jellyfish, and more.

We are all about these amazing shots of some of the most unusual buildings and monuments in the world. For example, we can view photos of buildings and monuments like Chicago’s John Hancock Center, The Washington Monument, Big Ben in London, or Westminster Abbey. We also get to gaze upon unusual buildings such as The Crooked House in Poland, The Rotating Tower in Dubai, or The Leaning Tower of Pisa. These photos all come from dedicated architectural photographers.

In addition to all of these photography types, photojournalism is probably the one we have the most exposure to. Every news story and article has at least one of these shots included. These photos capture moments or serious stories throughout the world; they can include everything from political movements, protests, and economic downfalls. Some photographers even have enough courage to capture war as it unfolds around them. These photos also help tell the story of positive things, such as a new baby animal being born at the local zoo. The best part of this style is how natural and authentic they feel because they are. This style isn’t focused on the perfect shot like architectural, macro, or nature photography are. That’s the purpose of the photojournalism style—it’s all about capturing the moment in the right place at the right time. That’s how renowned photos like Joe Rosenthal’s photo of U.S. troops raising an American Flag in Iwo Jima during World War II, or the photo of Martin Luther King Jr.’s picture during his “I Have a Dream” speech at the Lincoln Memorial, came about. 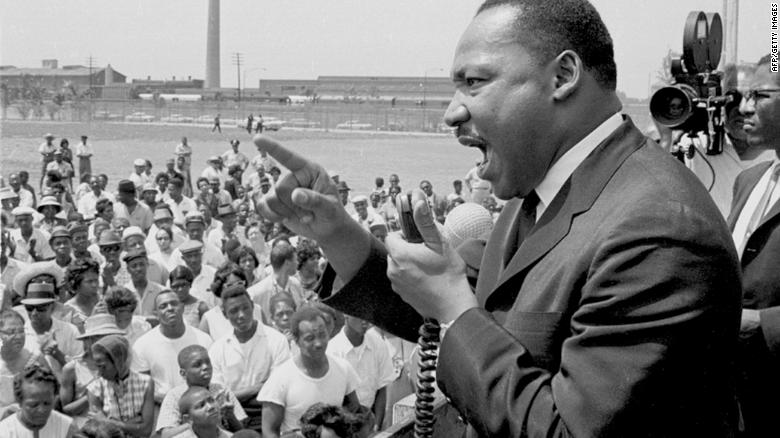 No matter what type of photography you intend to pursue, you probably picked up by now that you need some gear to become a solid photographer. If you need any gear, you can look into both new and used camera equipment at Gear Focus. We’re dedicated to buying and selling quality gear that’s guaranteed to work. We don’t support any suspicious sellers like other marketplace websites and services will, and unlike most other options, we’re actually photographers and videographers.